Traffic congestion and parking in many Thai provinces can be almost unmanageable. Learn how our new ALPR for Thailand can help. 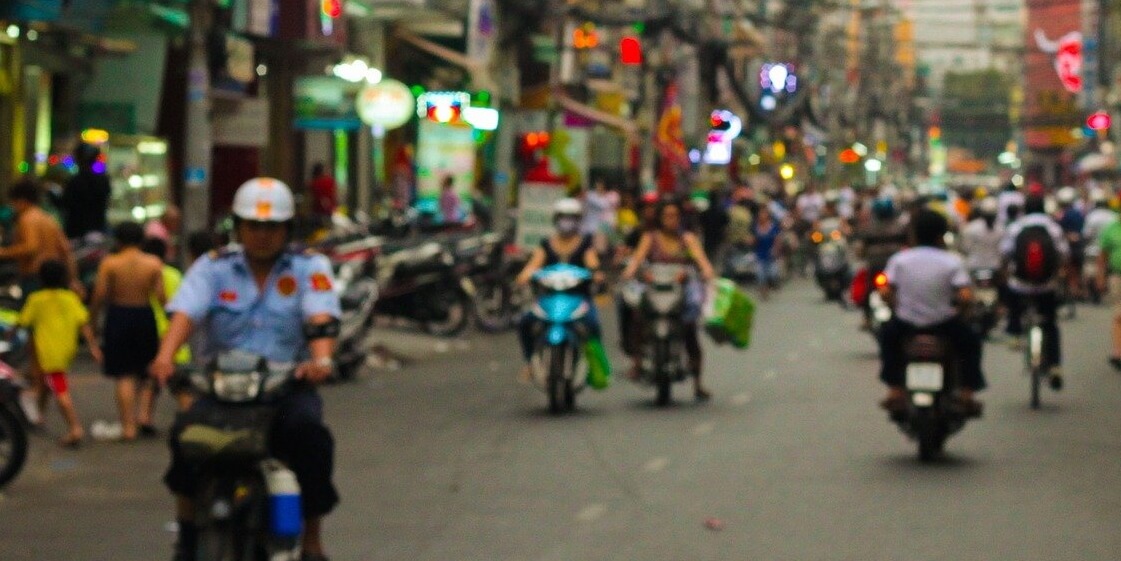 Plate Recognizer’s ALPR engine already supports more than 90 countries including overseas countries and tunes into specific regions within each one like our ALPR for the provinces of Canada. That’s pretty good, but we’re always working to make our LPR software even better, so we’re thrilled to announce that we are now able to support ALPR for Thailand. 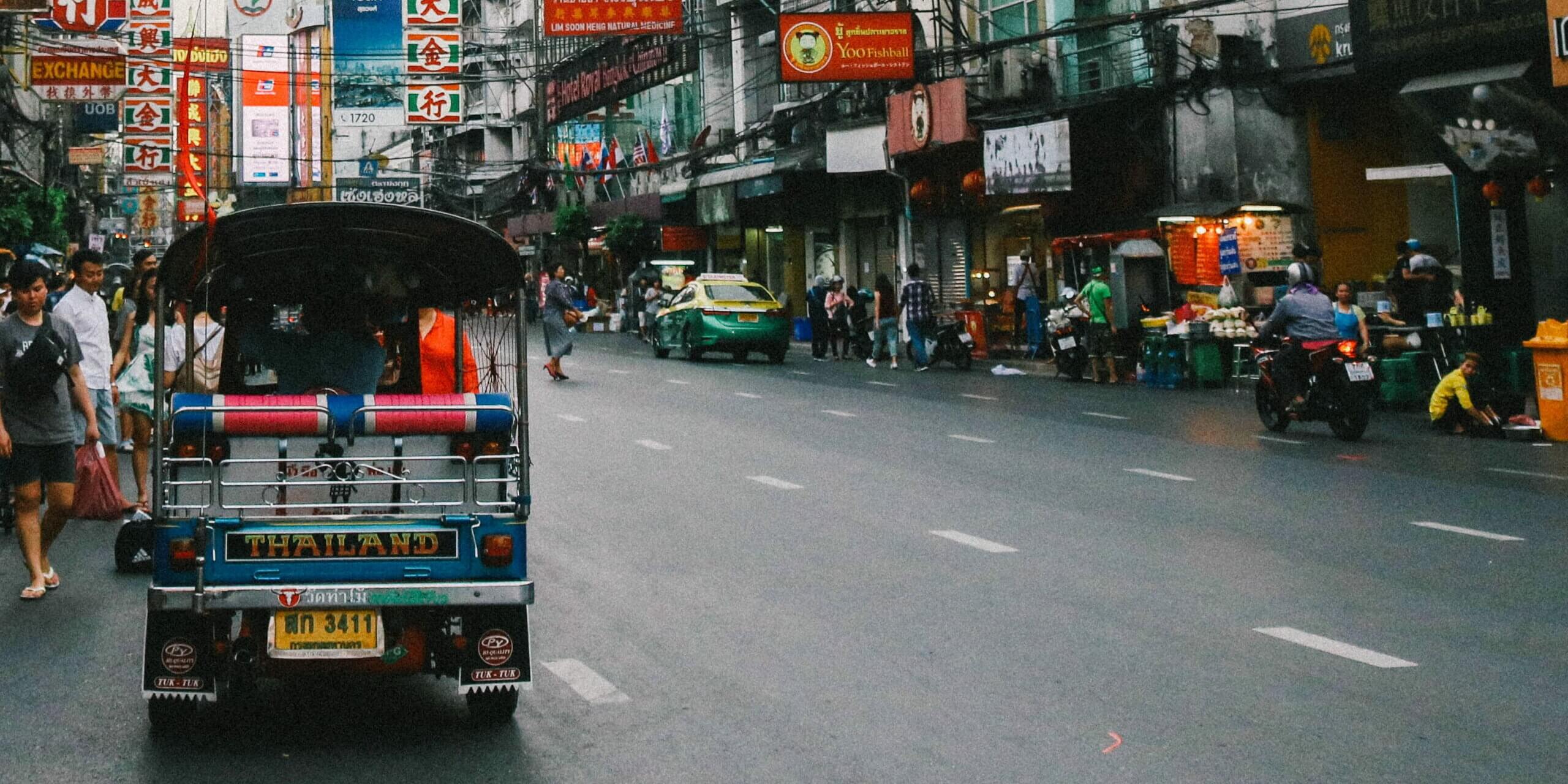 What Our Thailand LPR Does

Every day, thousands of cars travel Thailand roadways, and not all of them follow the rules. Law enforcement officials have more responsibilities than almost anyone can get to in a single day, they don’t always have time to deal with people who park illegally or drive through areas they aren’t authorized to go.

Property owners and managers have a vested interest in keeping tabs on who comes and goes, but they can’t be present around the clock. Restaurant managers and retailers are already doing more with less, with additional curbside pickup and drive-through traffic and less staff. Our ALPR for Thailand automates traffic monitoring and organizes valuable data.

ALPR stands for Automated License Plate Recognition. It’s software that runs on the computers you already have at your business. A common misconception about license plate readers is that it requires special cameras. Use any standard IP camera with our Thailand ALPR to get data on all the vehicles that come and go in whatever areas you specify. You’re up and running fast, and you immediately start to receive:

Get Thailand license plate recognition from images with our product Snapshot.  Or, elect to process live camera or video feeds with Stream.  Plus, our ALPR dashboard lets you take everything in at a glance. 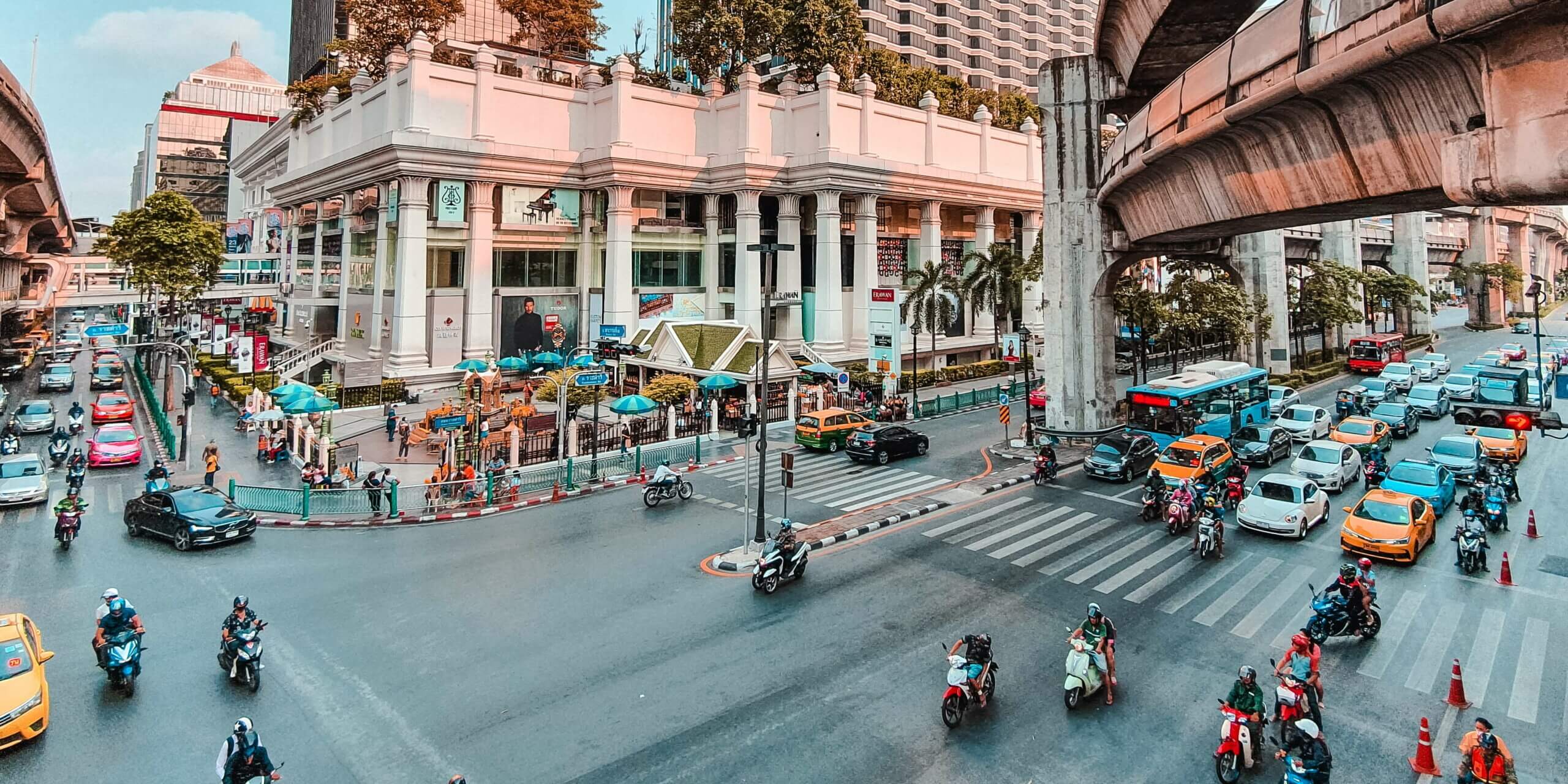 Heart of the action in Bangkok, Thailand.  Source: Unsplash.

Why We’re So Proud of Our Thailand ALPR

With software that supports countries all over the world, you might wonder why we’re especially pleased with our ALPR for Thailand.  The project was particularly challenging because it meant training our engine to “learn” a whole new alphabet, because the country has such a range of plate dimensions, colors and designs according to the vehicle type, and because Thailand has 77 unique provinces our ALPR needed to identify.

For license plate recognition software to work quickly and accurately, it has to be able to receive an image or video, figure out if there’s a vehicle present, identify which part of that vehicle’s image contains the license plate, then make sense of the characters the plate contains.  That’s a lot of steps!

The human brain does it automatically because we’ve trained it to do so over a lifetime.  Our software already works beautifully to find vehicles and differentiate license plates from other text, but it hadn’t yet “learned” the Thai alphabet.

The Thai alphabet has 44 consonants and 15 vowel symbols derived from Pali and Sanskrit.  To expect software to automatically make sense of them is a little asking a human to look at 59 objects they’ve never seen before, call them by name and know how they work together.  But we love a challenge, so we studied the intricacies of the Thai alphabet ourselves, then we taught it to our ALPR. 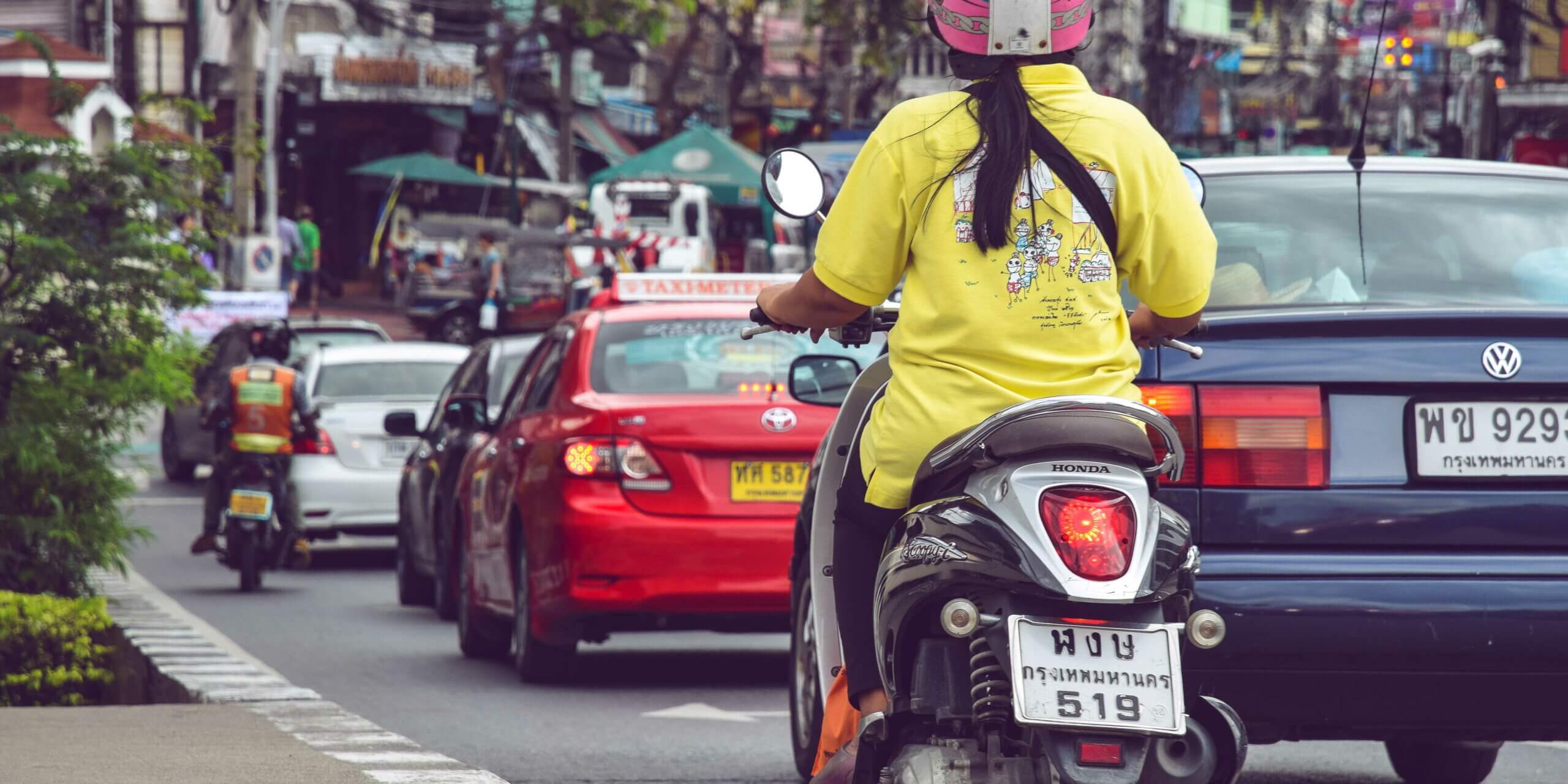 Vehicles, taxis, motorcycles on a side street in Thailand. Source: Unsplash.

Thai vehicle registration plates usually include a registration number and the vehicle’s province of registration. Plates have different text colors, sizes and background colors depending on the type of vehicle.  Thailand has plate variations for:

Our ALPR decodes the plate and reads the province even when vehicles have different colors, plate sizes and backgrounds. This is important because Thailand license plates have a plethora of variations for different vehicle types and for provinces.

We focused intensively on ensuring accuracy for the 77 unique Thai provinces. Many provincial plates have backgrounds that are extremely bright and colorful, potentially problematic for Thailand license plate recognition devices.  So whether a vehicle originates from Bangkok or Petchaburi, Udon Thani or Suphanburi, Nakorn Sawan or any other province, you get accurate results. 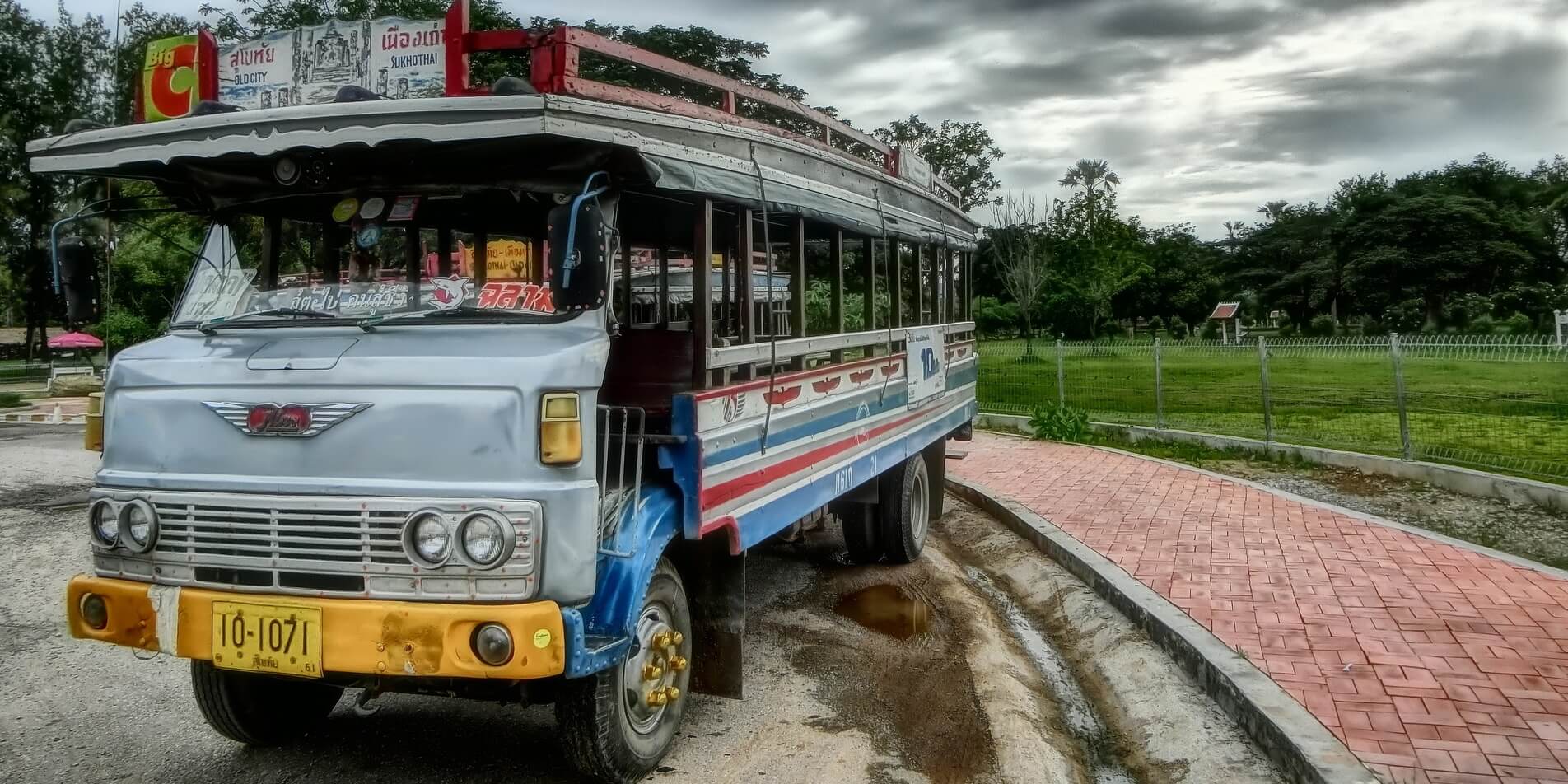 The International Trade Administration points out Thailand, like the rest of the globe, faces a big challenge in the months ahead coping with the economic challenges created by the pandemic.  Businesses and government agencies that find innovative ways to keep expenses low and still be the best at what they do are the ones who get ahead.  Our solution will accomplish those goals across a range of industries. 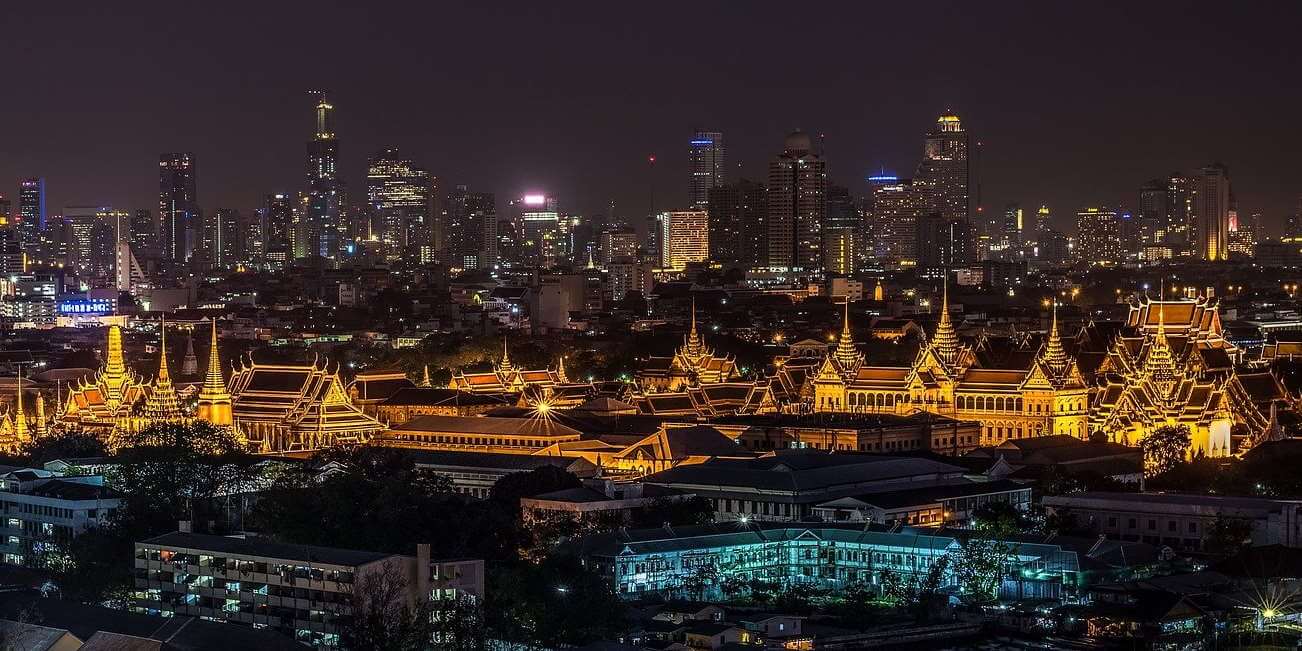 Crime rates in Thailand vary by region, but each has incidences of theft, violent crime, drug use and other issues.  The Overseas Security Advisor Council notes the most frequently occurring types of crime are crimes of opportunity like purse snatching, petty theft and tourism fraud.

They point out “there have been incidents involving drive-by snatch-and-grab robberies from thieves on motorcycles. Travelers on long-distance bus routes may be susceptible to threat as well.”   If there’s a vehicle involved, our ALPR can make a difference.

Vehicle theft is part of an especially troubling trend, with an average of 8.3 cases per 100,000 population. The number might not seem that high until you consider the toll it takes on individual lives.

Twenty-seven year old Nantawan was the proud owner of a new car…for one month.  She took it in for service and someone stole it from the service center.  As of the last update, she was still waiting for the suspect to be arrested or her car to be replaced.

There’s also the story of Joe, the owner of a Toyota Fortuner with Bankok license plates stolen from his Min Buri District home in late 2019.  The thief pawned his car, but when law enforcement caught the thief and pawnbroker, the car was already gone.   Reward money set at 30,000 THB was offered, and the car was noted speeding across multiple roadways, but the true owner spent all that time without his vehicle.

In both situations, our ALPR for Thailand might have helped bring about a faster resolution. 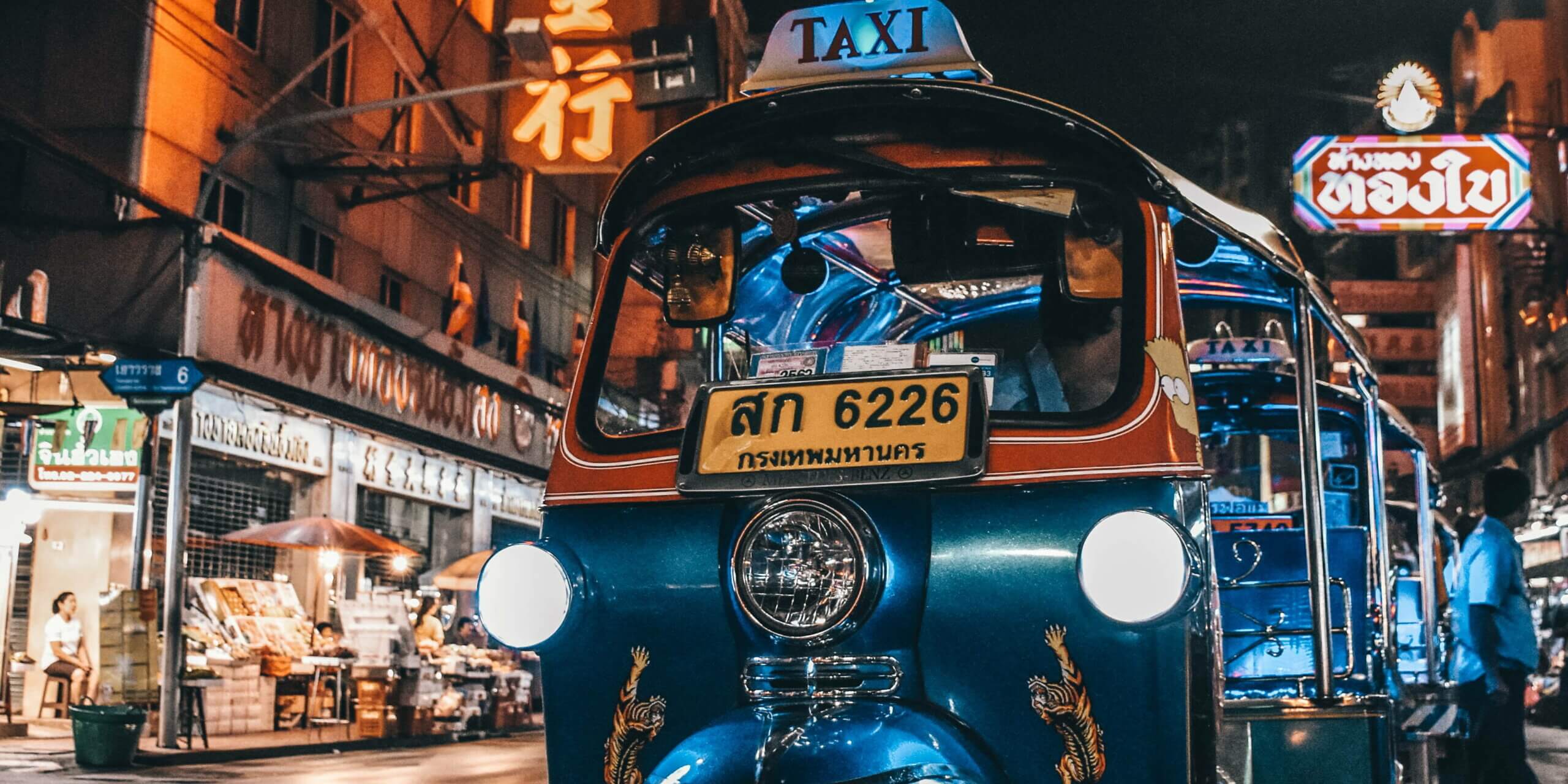 No matter what your agency’s budget, you have limited manpower.  Using our ALPR is like stationing a vigilant officer around the clock at each location.  Criminals get caught, communities become safer and tourists prefer to visit your location over ones with higher crime rates.

When someone does commit a crime, set up alerts to let officers know instantly when a suspect’s plate is scanned.  Then, dispatch personnel to stop them from doing more harm.

ALPR also helps investigate crimes and reduce drug-related activity.  Share data between agencies to cast a wider net.  Analyze traffic for patterns to find groups of drug traffickers or other criminals traveling together. 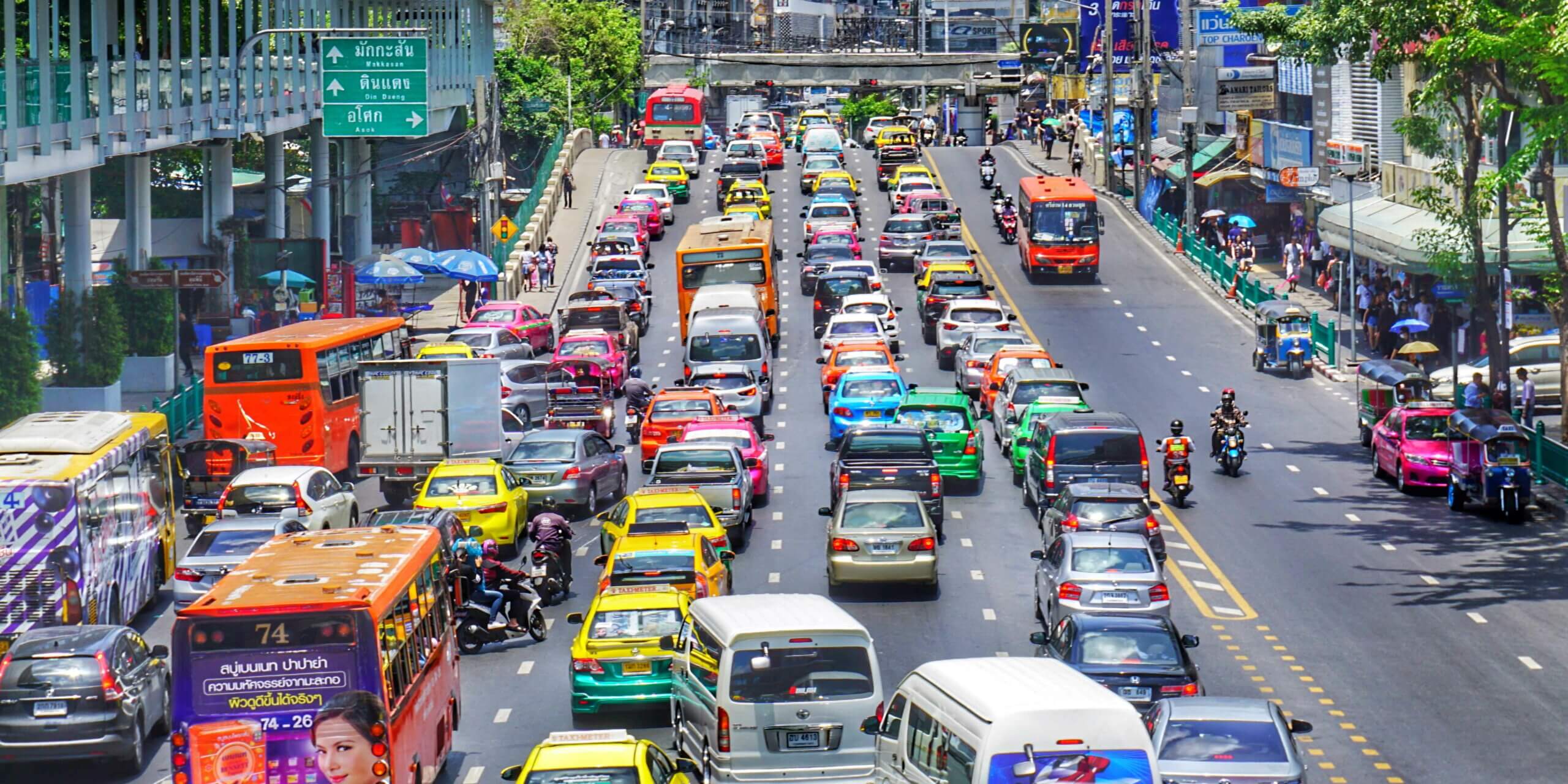 It’s no secret that in some Thai cities, finding parking spaces is almost always a challenge.  If you own a paid parking lot, you face an unending struggle with drivers who want to park illegally.  Either you hire someone to monitor around the clock, install some kind of barricade that only allows authorized drivers through (and still have imposters sneak through behind them,) or lose revenue day after day.  There’s a better way.

Our ALPR is like a 24/7 parking attendant.  If a car isn’t supposed to be on your property, you receive an alert upon their arrival so you can keep it from happening again.

Our Thailand LPR is also useful for property owners and managers.  If you manage a gated community or apartment complex, use license plate data to reduce crime, encourage safe driving and protect your community. 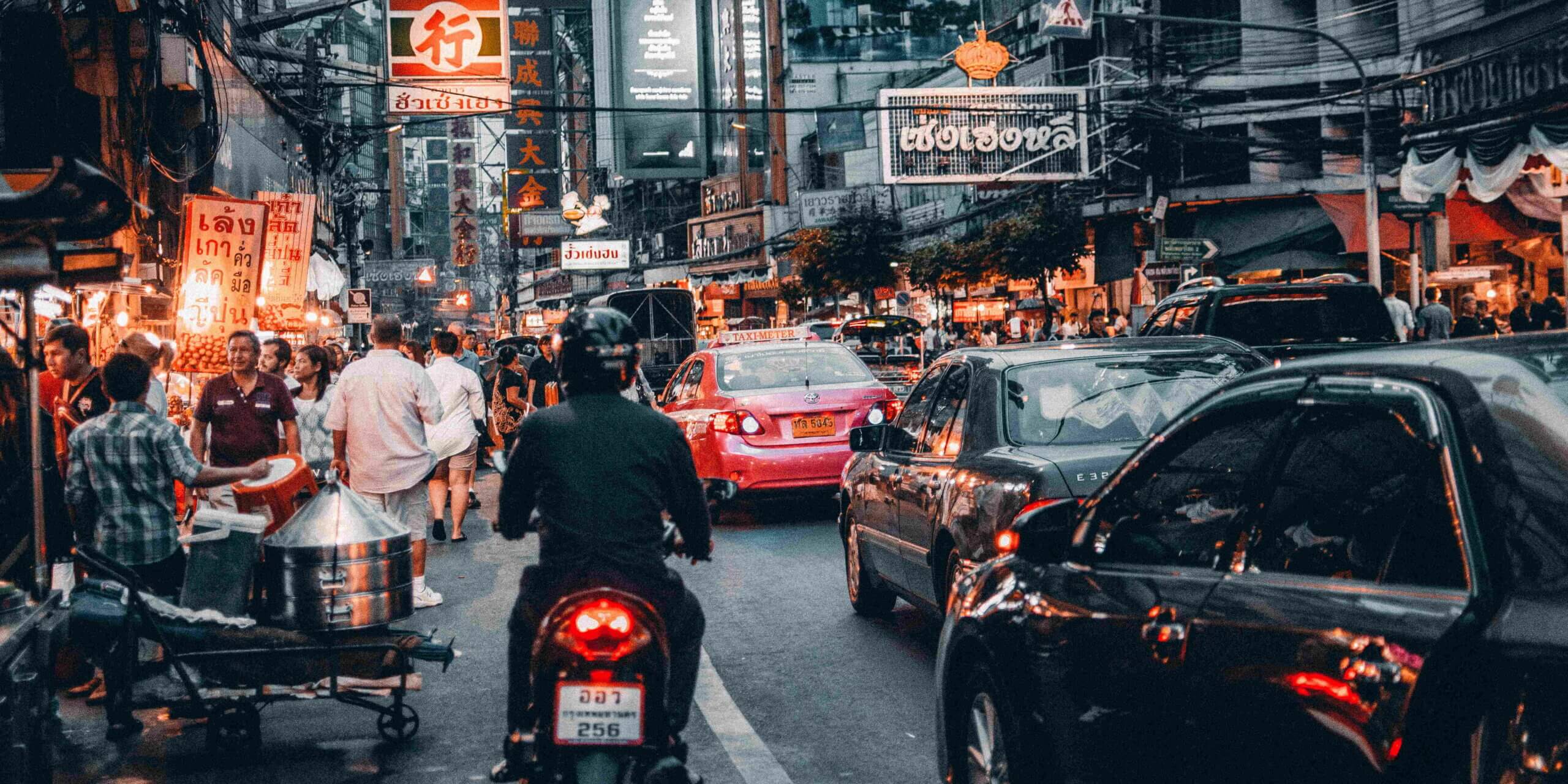 Other Uses of Recognition of Thai License Plates

Get ALPR for Thailand Now

Experience our Automatic License Plate Recognition software that works in all environments, optimized for Thailand.  You can even take it for a test drive free of charge! Curious as to how our ALPR software stacks up to the competition? Check out our OpenALPR pricing comparison which also includes side-by-side snapshots of license plate decoding. 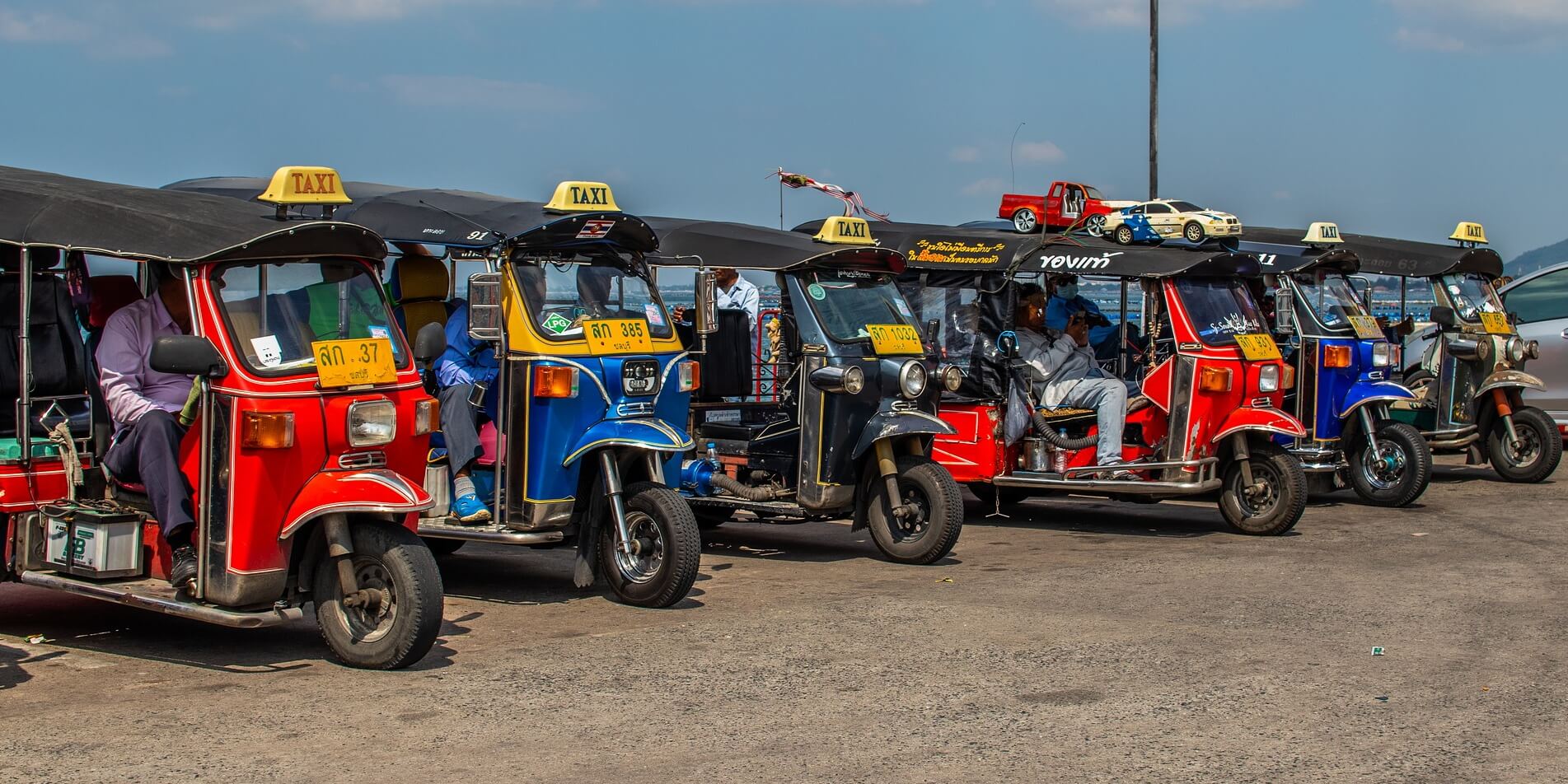 We are in awe of the TukTuk Taxis in Thailand!  Source: Pixabay.

Previous
Germany ANPR
Next
ALPR for Vehicles Without License Plates