Automatic License Plate Recognition technology makes traffic and parking management simple and efficient when you find the right solution.  Having ALPR on Windows puts your data within reach from any computer, at any time.

ALPR is typically associated with cameras.  People buy expensive cameras with built-in LPR technology and mount them in the locations where they want to capture license plate data.  Each camera has its own internal computer that uses software to capture and process images and send that data to wherever external source the owner designates.

What a lot of people don’t know is that the best ALPR technology isn’t in a camera or set of cameras you buy and maintain.  It’s actually software that runs on the computers you already own – Windows ALPR.

And we’re not talking about the mainframe computers of yesteryear.  You don’t need any special hardware or massive servers. Plate Recognizer’s Windows ALPR works will all popular Microsoft Windows PCs.

That includes Windows 10 64-bit: Pro, Enterprise or Education build 16299 or later.  If you’re using a computer for business tasks right now, you could probably be up and running with our software within an hour. 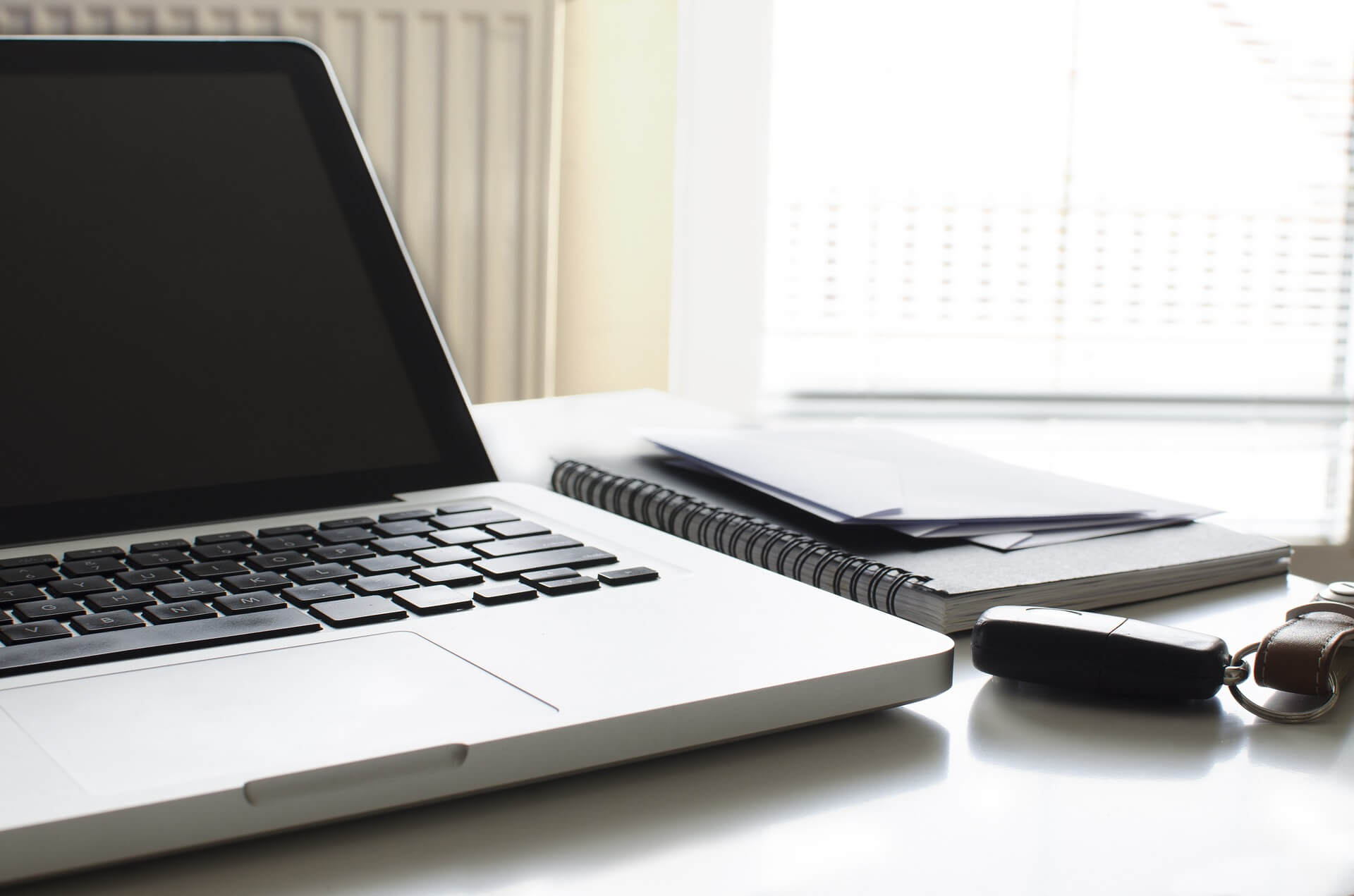 ALPR stands for Automatic License Plate Reader.  The phrase refers to any type of technology that uses optical character recognition to obtain and make sense of the letters and numbers on license plates.  It seems like a simple task, but it’s harder than you might think. Here’s why.

As a human being, when you look at a photo of a vehicle, your brain automatically processes which part is the vehicle and what is in the background.  You know the parts of a vehicle where license plates are typically found, so if you wanted a plate number you would know where to look.  If that vehicle had signs on the doors or a vehicle wrap with text, you wouldn’t even think of registering that as license plate data.  Bumper stickers wouldn’t confuse you.

But computers and cameras don’t actually “see” images.  They need special software to know which part of a photo to focus on and how to turn what’s there into usable data.  That’s where ALPR comes in.

There’s a huge range in the quality of the data provided by different types of ALPR.  Plate Recognizer’s ALPR for Windows isn’t fooled by bumper stickers, wraps or vehicle signage.  It works even: 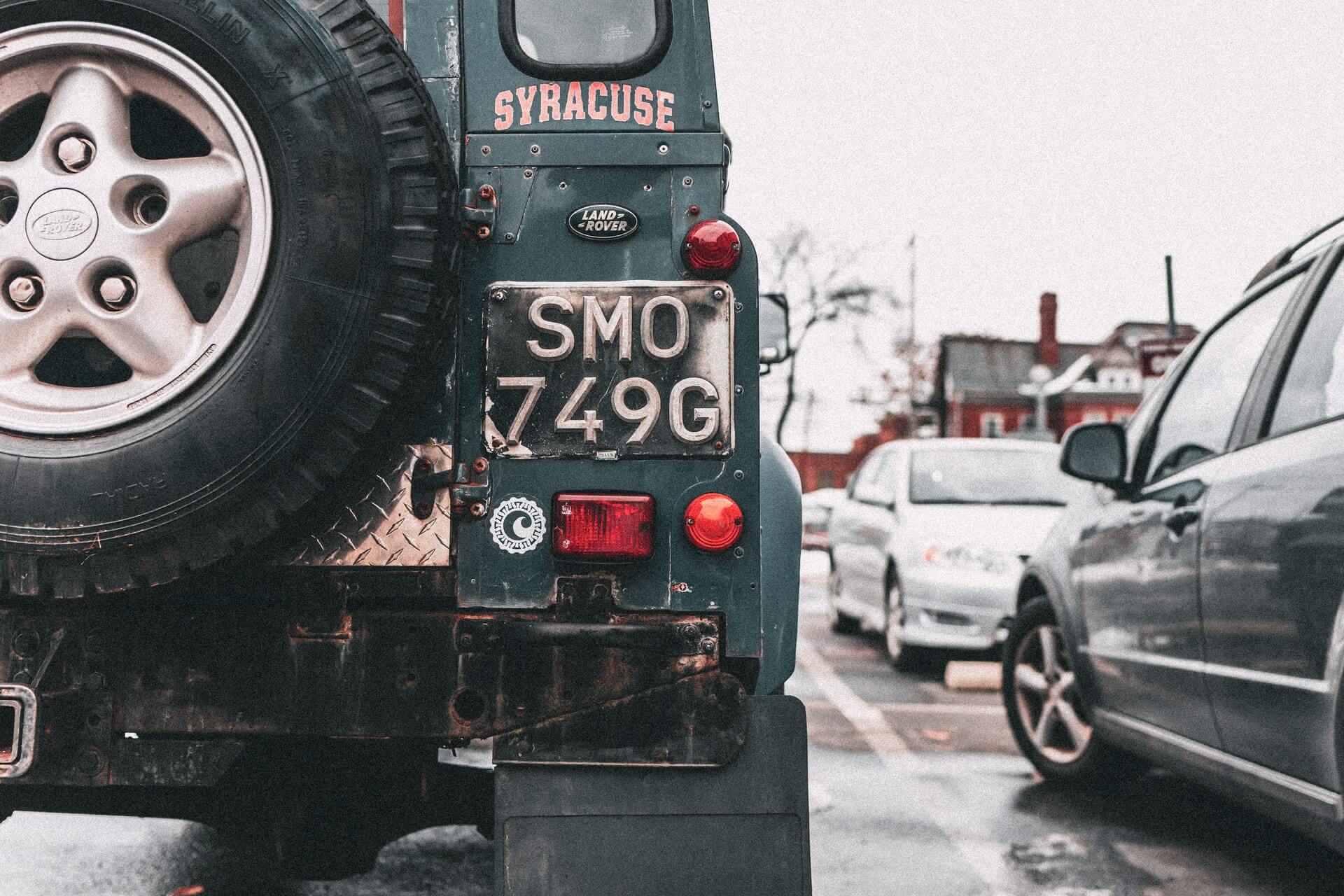 ANPR is Automatic Number Plate Recognition.  It’s the same thing as ALPR.  You might also hear it called Automatic Vehicle Identification (AVI), Car Plate Recognition (CPR) or just license Plate Recognition (LPR).  Who knows why there are so many acronyms, but they all refer to technology that helps property owners, law enforcement and other interested parties keep tabs on traffic patterns and individual vehicles.

2 Ways to Get ALPR on Windows

We have two products that allow you to use ALPR on Windows.  Both come with data accuracy and ease of use that is second to none.

Our software works with reflective plates, fast-moving vehicles, blurry images and a range of other situations that confuse expensive LPR cameras.  Choose Plate Recognizer Snapshot if you are working with still images and you want ALPR for Windows.

Snapshot allows you to send images in a variety of formats and receive a decoded license plate, the vehicle type, its make, model and color and other information optimized for your location.  Our database contains more than 9,000 vehicles of every type including sedans, vans, buses, cargo trucks, even motorcycles.

With our basic online dashboard, you can search for specific plates, filter results or receive a full list of every vehicle Snapshot decoded.  Our ALPR Dashboard gives you even more capabilities.  Use any IP camera to capture images because the magic happens on your computer using Windows ALPR. 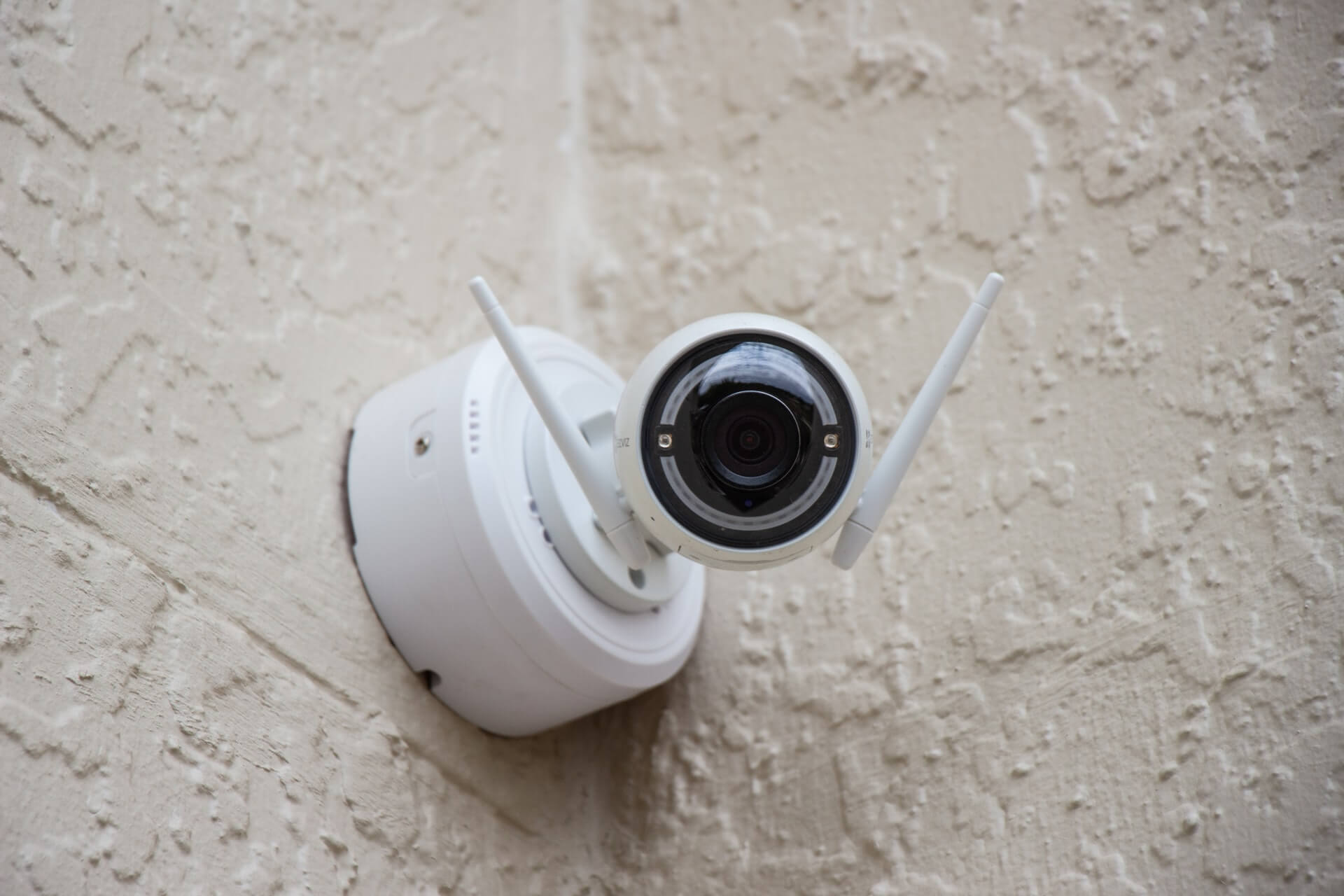 For businesses and organizations that prefer to use live camera or video feeds, we offer Plate Recognizer Stream.  Our software delivers the same accuracy with video, even in situations that cause misreads in some of the most popular cameras with built-in LPR technology.

Stream can analyze data as it comes in or decipher license plate data from video you have on file.  Either connect Stream directly to your IP cameras to process vehicle data in real-time or point it to any mp4 video file to receive the license plate data it contains.

Stream is extremely flexible, so it’s easy to customize based on your cameras, hardware and environment so it meets your needs and goals.  Like with Snapshot, almost any camera works because you’re actually working with ALPR on a Windows PC.

If you don’t yet have LPR cameras, you could easily spend more than $1,000 each getting set up, then most of the time you’re locked into using one brand.  With Plate Recognizer, you’re not locked into anything.

Using Windows ALPR is extremely cost-effective because it uses computers you already own paired with more affordably priced IP cameras.  Our Windows ALPR also delivers a number of other benefits.

ANPR inference speeds are the average time it takes to provide data on one license plate. Our Snapshot software delivers incredibly fast ALPR.  That’s important in a variety of situations, like when vehicles are moving quickly, when ANPR is being used by law enforcement, or if you use ALPR for collecting tolls. 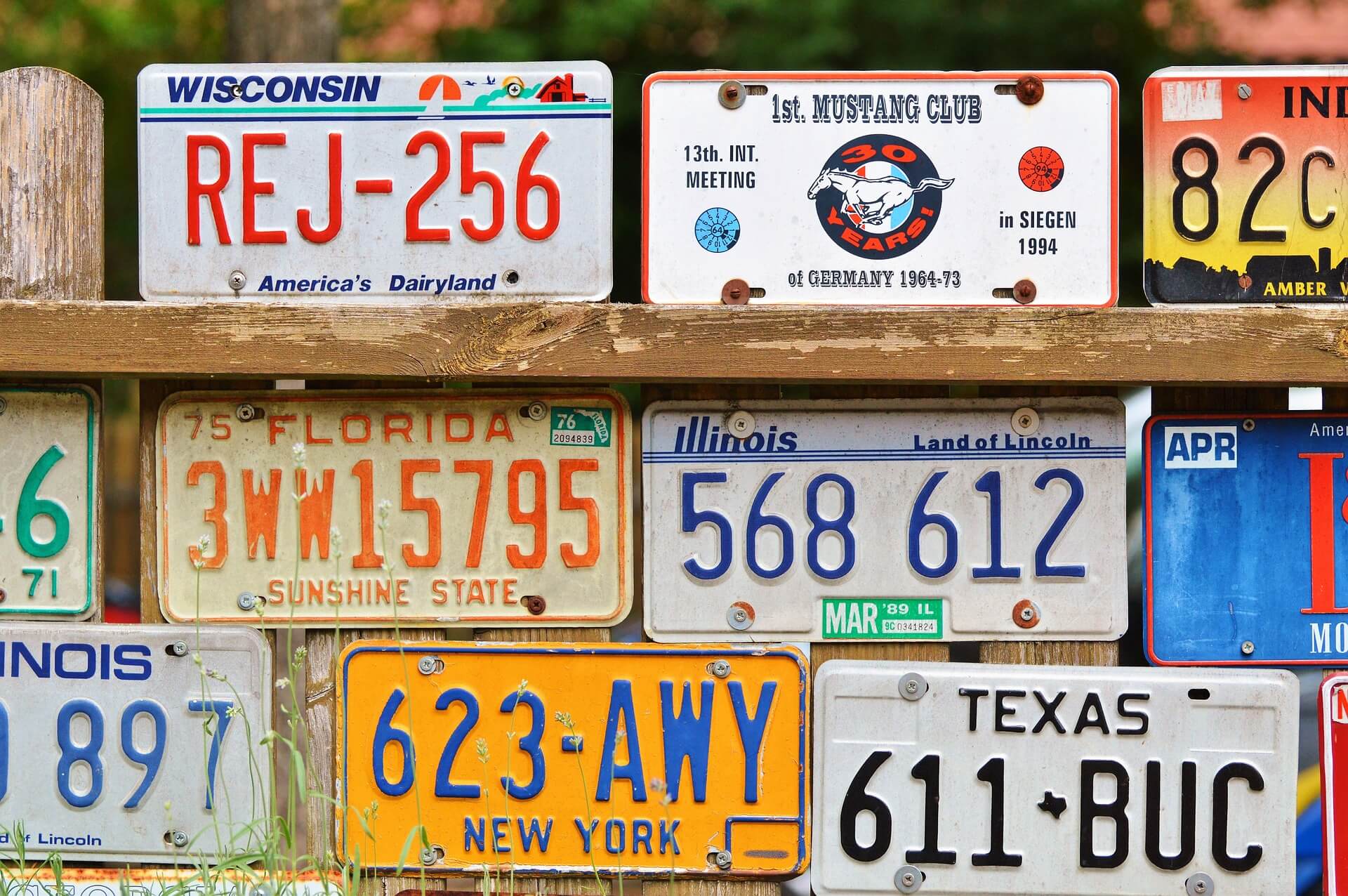 Software vendors claim up to 99 percent capture rates, but what they don’t tell you is how they arrived at that data.  Usually, that statistic comes from images taken of clean plates in good lighting where the vehicle was parked.  Testing shows some of the most popular LPR cameras might actually offer closer to 80 percent accuracy when tested in real-world situations.  That means 20 percent of the data they provide is unreliable, it isn’t good for anything.

That’s why we put our ALPR for Windows through every test we can come up with.  We share results using different camera angles, image resolutions, blur distances, light levels and plate types.  Then we offer a free trial so you can verify it works as advertised at absolutely no risk to your bottom line.

You could spend the next several days researching every available ANPR solution to compare and contrast, hoping what they’re telling you about their technology is true.  Or you could be looking at license plate data coming in from your location in as little as one hour.  Our Windows ALPR is that easy to deploy.

To help you get started, we ask you to provide a few details, download the ALPR Windows Installer and follow a set of on-screen instructions.  If you need assistance, we offer answers in our Help Center and we offer fast, friendly customer support within 24 hours, even on weekends.

That’s why we put our ALPR for Windows through every test we can come up with.  We share results using different camera angles, image resolutions, blur distances, light levels and plate types.  Then we offer a free trial so you can verify it works as advertised at absolutely no risk to your bottom line.

Get unbeatable accuracy, easy integration, improved property security, and all the other benefits that come with Windows ALPR today.  Click here to get started!