In the UK, all vehicles are required to display a registered number plate. In other countries, this is referred to as a license plate. Number plates are issued and tracked by the Driver and Vehicle Licensing Agency (DVLA). While in some countries the characters on a number plate are randomly generated, in the UK there is significance in how they are listed on the plate. Knowledge of this will benefit you’re setting up automatic number plate recognition, or ANPR for the UK.

The number plate is how the UK can regular parking violations, stolen vehicles, organized crimes, and even terrorism. CCTV cameras have been a staple in the UK road systems, and ANPR technology can make them even better. Currently, there are 31.7 million vehicles with registered plate numbers in the UK. That’s why it’s more important than ever to have ANPR software in the UK for regulating vehicles when compared to something like Brazil ANPR. 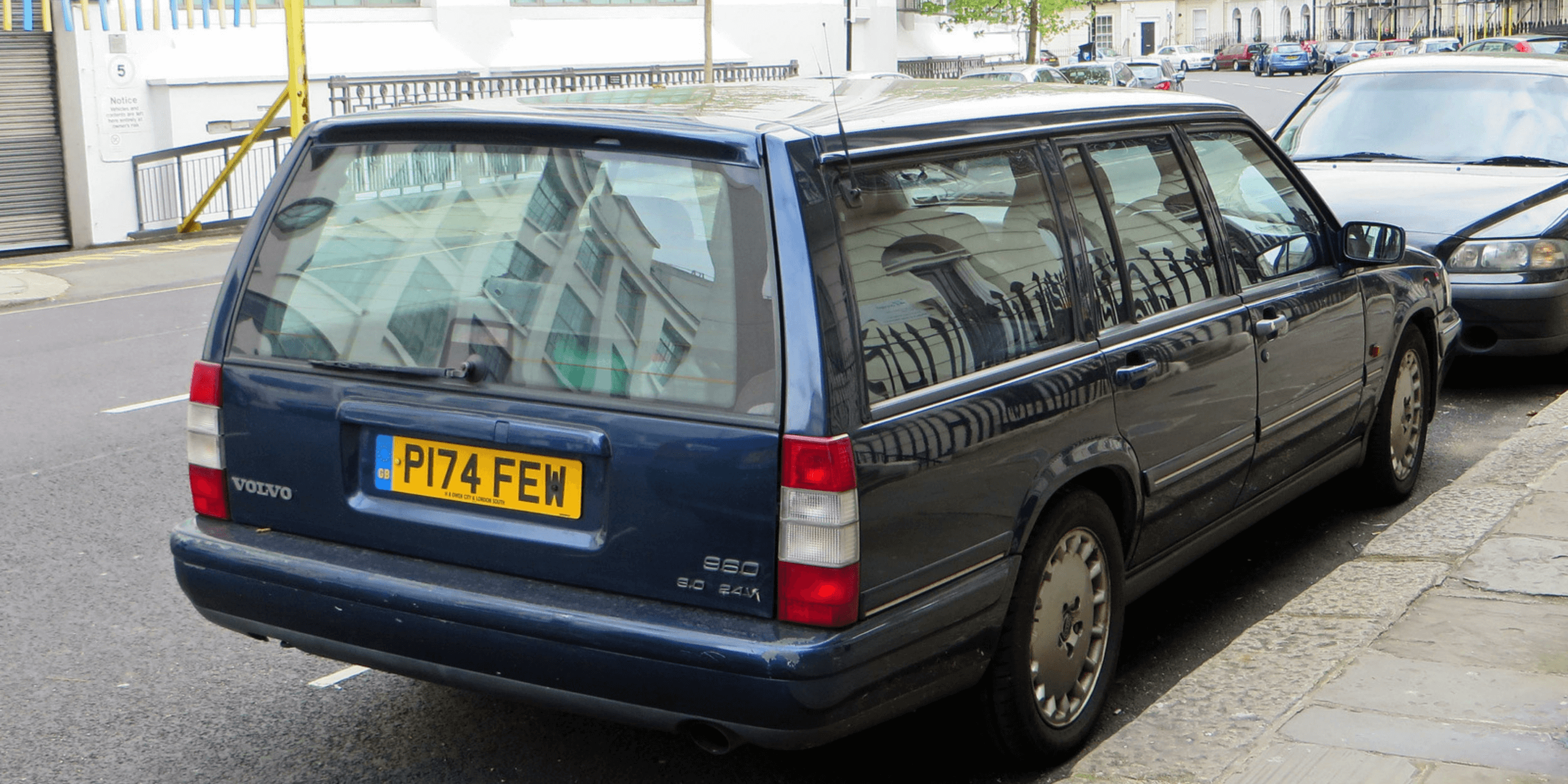 How Do Number Plates Work for ANPR in the UK?

Before we dive into ALPR for the UK, we need to know a little about the number plates themselves. When you’re walking up and down the Thames, take notice of the number plates on vehicles. Every single vehicle in the UK is required to be registered with a number plate, which is pretty standard all over the world. While some countries such as the US and Canada appear to more randomly generate plate numbers, there is a specific method for creating them in the UK. Their methods are also similar to our India ANPR.

There is no legal restriction on plate number dimensions, but the standard is 520mm X 111mm for front plates, and 520mmX 111mm for rear plates or 285mm X 203mm. Number plates must be displayed on the front and back of the vehicle. Another thing to note is that plate numbers in the UK have different colors depending on if they’re on the front or rear of the car. The front plates are white, while the rear plates are yellow. The number plates are made up of a specific set of numbers and letters. 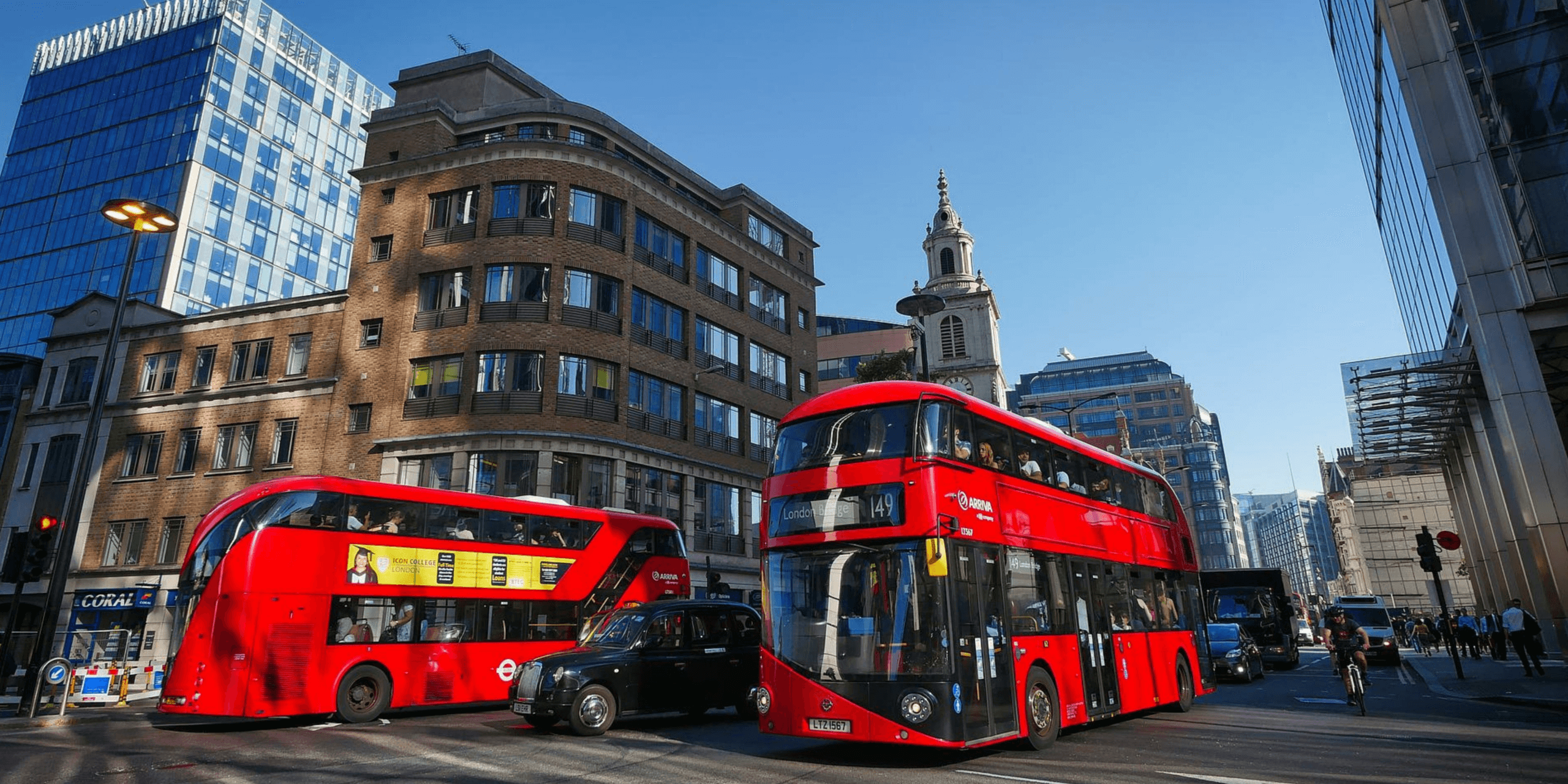 The first two letters on the plate will identify where the plate was registered. Larger areas such as London have several identifiers depending on what part of the city they registered in. For example, if you register your number plate in Essex, you’ll either have EA or EY as the first two letters. There is a full list online of all of them here.

Following the first two letters are two specific numbers. The numbers can be used to identify how old the vehicle is. They refer to the 6 month period in which the car was registered as well as the year. Once you know the formula, you’ll be able to figure out the age of most cars in the UK by their plate number.

The registration periods are broken into two. The first is March-August and September to February. Depending on which part of the year you register will affect the plate number. 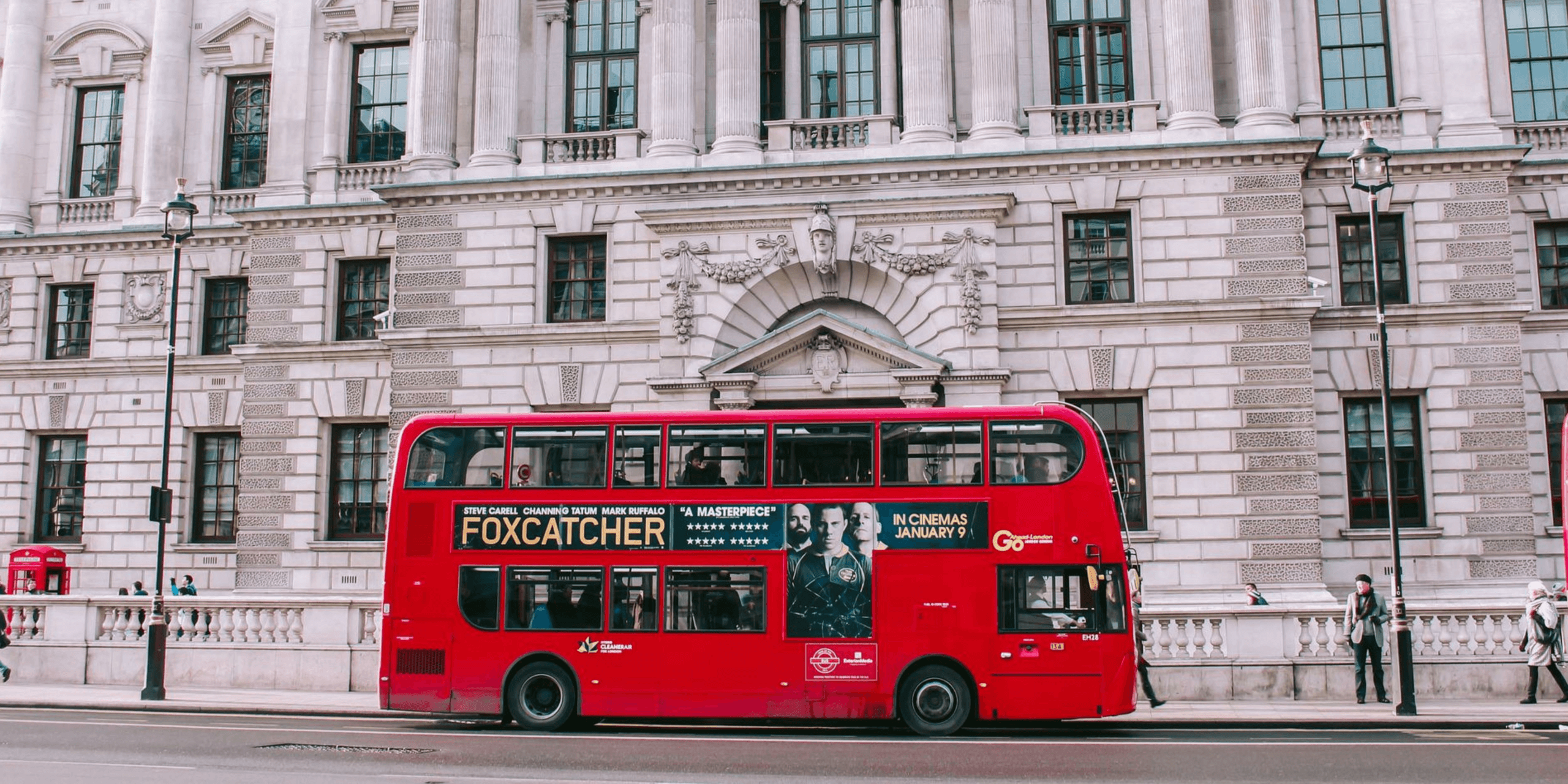 In the UK, royalty is important and everything is uniform. It’s no different with number plates. Another thing that’s important to know for ANPR in the UK is that the plates may contain images of flags. They won’t be behind the numbers, but off to the left side as more of a logo design. The flag on a number plate may be:

The UK also allows personalized number plates, and pretty much anything goes as long as it isn’t inappropriate. You’ll have to pay a fee for this type of plate, of course.

When discussing ANPR for the UK, we have to acknowledge the GB stickers issue. You might think that the United Kingdom and Great Britain are synonymous, but that is not the case post-Brexit. Great Britain refers to England, Scotland and Wales. The UK refers to the United Kingdom which includes England, Scotland, Wales, and Northern Ireland. After Brexit, if you want to travel by car through the UK you must display a UK sticker along with your GB license plate.

Vehicles driving through Europe have always had to display the country they’re coming from. Think about how in the US every state has its own license plate to signify where they’re coming from. It’s the same thing, and our ALPR for USA is able to recognize all different plate styles. 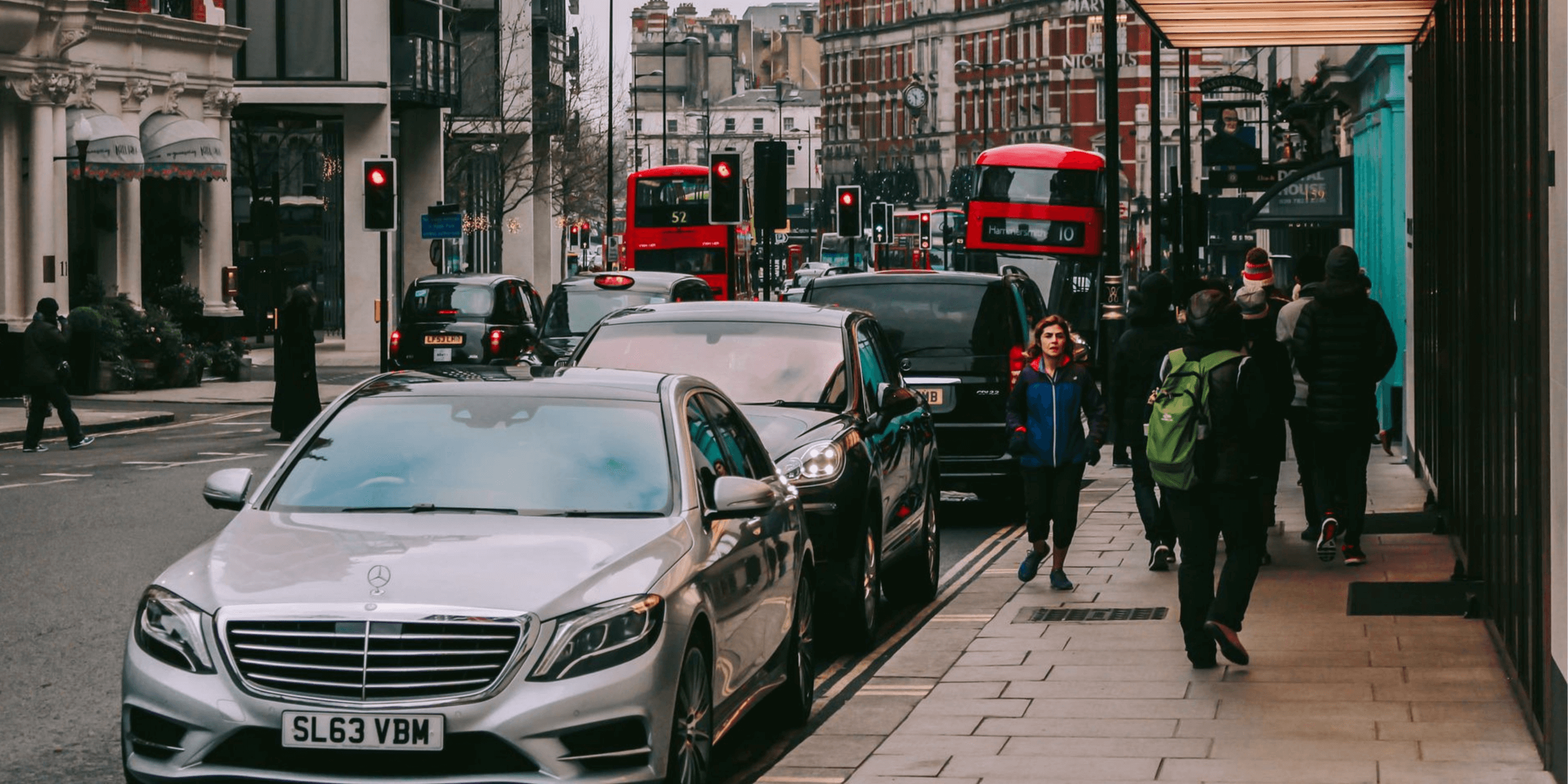 ANPR for UK Government Use

There are around 13,000 ANPR cameras that detect vehicle movement in the UK that submit around 55 million records to national ANPR systems every day. When a vehicle goes by an ANPR camera, the plate number is read and sent through a database to see if it belongs to a vehicle of interest. If it comes up that a vehicle is associated with criminal activity or is stolen, police are allowed to stop them and check the vehicle. Even if a vehicle is not of interest, the data is stored for a maximum of 90 days. ANPR cameras in the UK are mounted to police vehicles as well as permanently fixed locations.

ANPR is also used by the Department of Transport to monitor transport as well as car parks. According to the British Parking Association, ANPR is becoming a very popular solution for regulating car parks throughout the UK. Plate Recognizer’s software works with most CCTV-style cameras, so it’s an easy upgrade instead of buying new equipment. ANPR can be used in the UK to protect property from unwanted trespassing and to ensure that legitimate users of the facility can park in the car park. 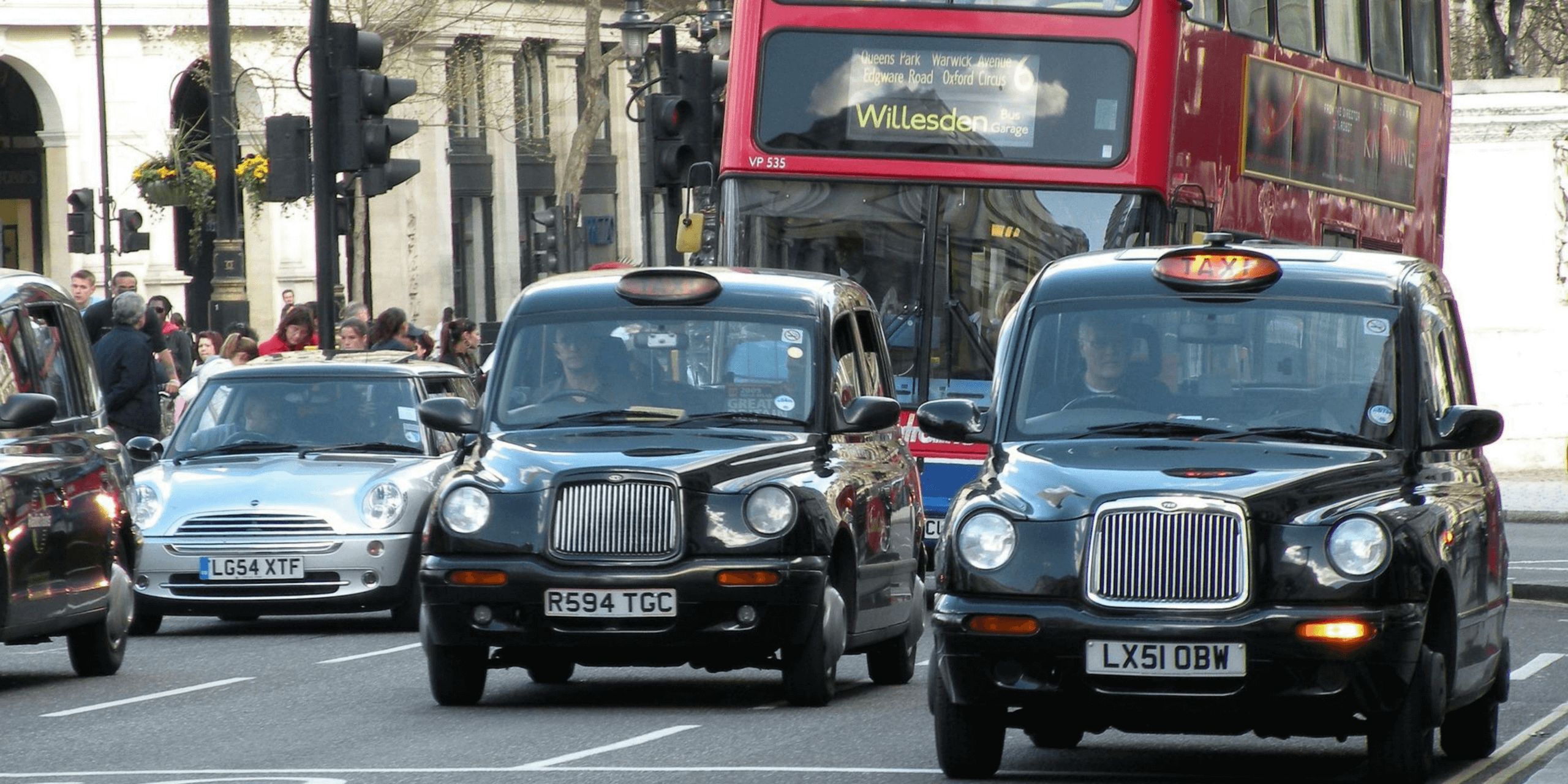 ANPR for Commercial Use in the UK

ANPR is not only beneficial to law enforcement in the UK but it’s also used in commercial services as well. Private companies can purchase Plate Recognizer to regulate their business. One of the most popular uses is in car park enforcement. Business owners can utilize Plate Recognizer’s ANPR technology to keep track of who is coming and going in their car park and create databases.

Using Plate Recognizer for ANPR in the UK

Plate Recognizer software for ANPR in the UK is an excellent choice for several reasons. We have been working on our technology to make it adaptable to read any kind of number plate no matter where you are in the world. Our ANPR software supports all number plates in the UK and can be customized to detect certain features.

The ANPR Dashboard is a useful tool for those looking to use Plate Recognizer in their car park. You can create a database that tracks problem cars, and stores data on every single car that comes in and out of your car park. We also have added custom alert settings so you can track what’s going on at your business with ease. plates cannot provide accurate data, it might as well be kaput.  We didn’t feel schadenfreude over other software’s shortcomings, we just set about finding a solution.  Now Plate Recognizer’s Über-ALPR knows umlauts in license plates are meaningful. 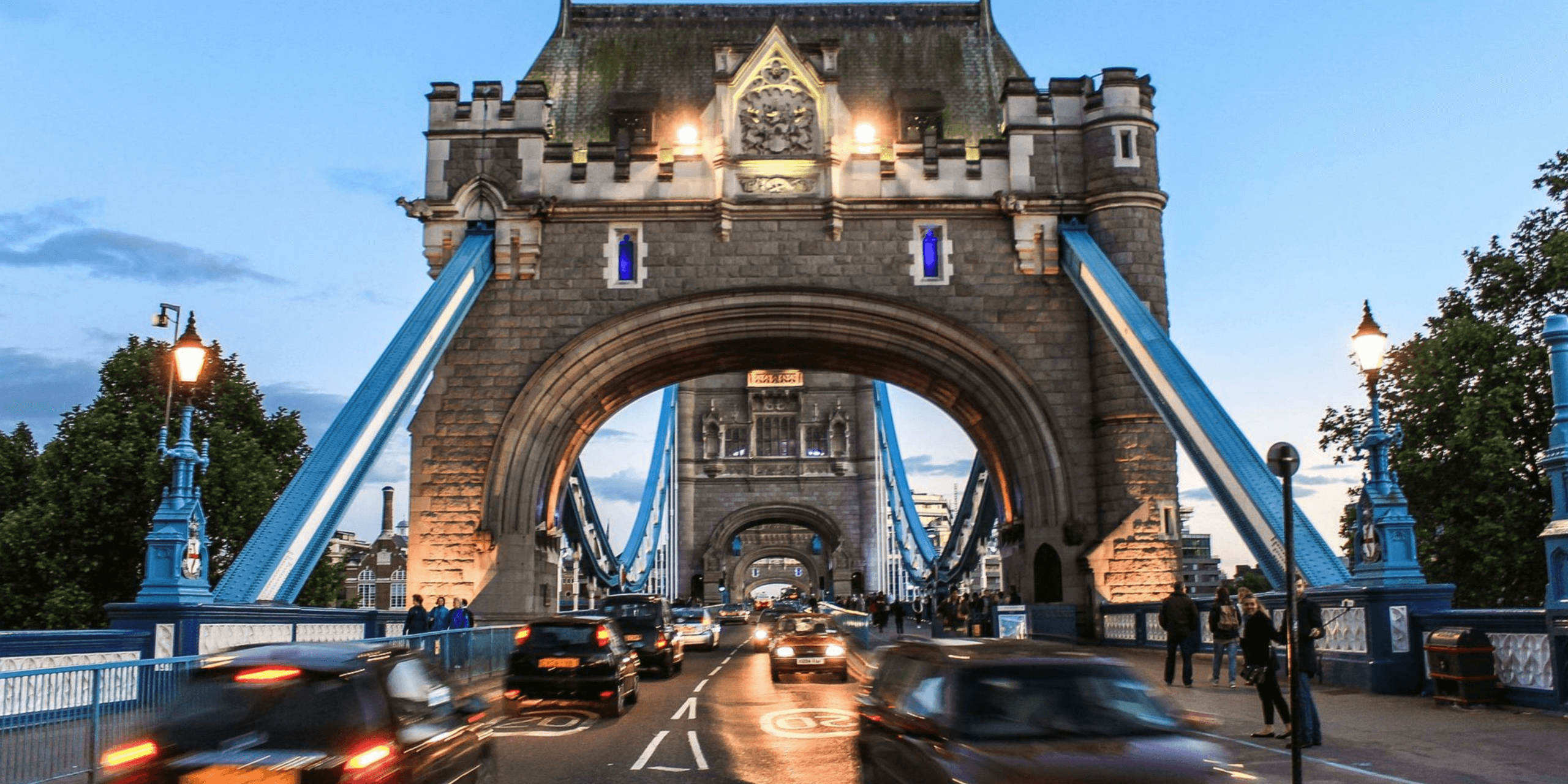 The bottom line is that Plate Recognizer’s ANPR software is a great tool for businesses in the UK. We have worked hard to create software that adapts to your needs and makes it as easy as possible to use. With Plate Recognizer, you do not have to purchase new equipment because the software can be implemented in most CCTV cameras as well as others.

We update our software regularly to adapt to new rules and regulations. If you’re interested in trying Plate Recognizer out for ANPR in the UK, we offer a Free ANPR Trial to get you started. Have more questions? Please feel free to reach out and contact our team!

Previous
ALPR for Canada
Next
ANPR for Australia